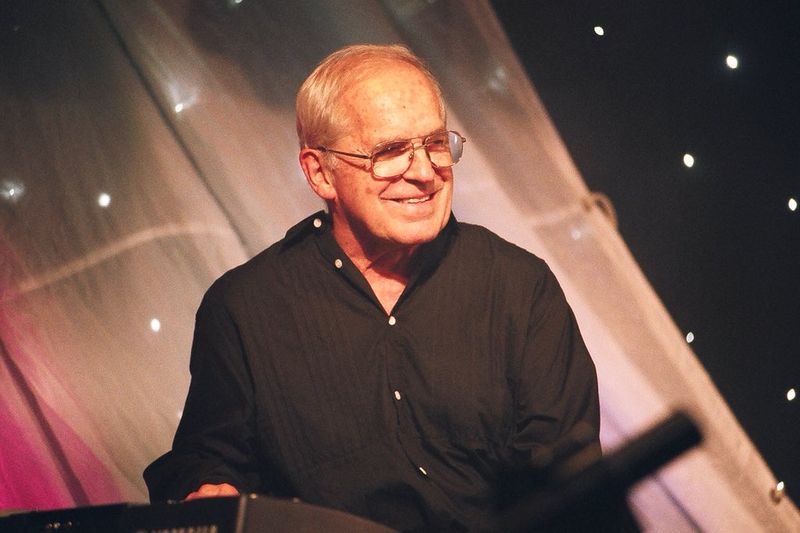 Herb Allen†: His songs will touch us forever

The sad news about the death of Herb Allen affected probably many people in the UWP family. And even if they didn‘t know him personally, everyone that travelled in Up with People was influenced by Herb in a certain way through the music he composed together with the Colwell Brothers, Bill Welsh and many others. Beat of the Future, Unfinished World, Coming Home and Room for Everyone – a song that was probably performed by every cast somewhere during their year.

Being in the band as percussion player and drummer, the music of Up with People was always an important part for me. I remember one day towards the end of staging in Tucson. We (the band) rehearsed on stage just before another rundown of the show, when Herb and Bill showed up and asked us to play the end of Coming Home in a different way. They just wanted to make it more effective and powerful and so we tried some different ideas before they defined the version that was played from then on. For us as band and young musicians, it was then just an interesting experience to work on a song and being part of creating this new ending. But it also shows, how professional the production of the songs and the show was and how much everyone cared about improving it even after performing the show already for more than 18 months.

Until today, I still count some of the Up with People songs as my favourite music that touches me very deep und emotionally. And that is, what I am grateful for to Herb and all the other great musicians, who contributed with their music a very important part of the history of Up with People until today.